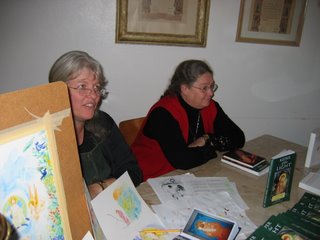 I didn't get many pics at the deanery, but you can find a few at my flickr account here.
Posted by Donna Farley at 2:37 PM No comments:

yet another fine sunday 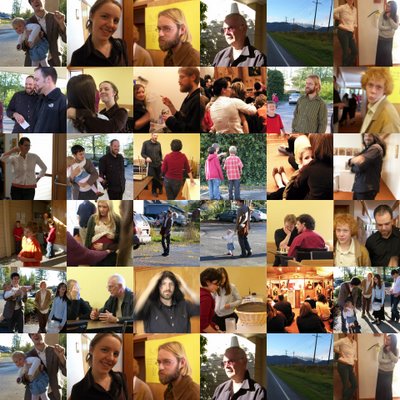 It saddens me to have to write this...

FREE to a good home:

2 Male Neutered Cats with all shots up to date. 1 orange med-hair cat almost 3 years old. 1 Gray & White Long haired cat 3.5 years old. They are great with kids and other animals, very friendly, and good moucers. They need to have access to inside and outside. Take one or take both. Call Gabe or Amy (in Chilliwack) at 604-795-4223 or email lanteigne (at) shaw (dot) ca.

The only reason we are looking to do this is becasue with the weather getting cold, and them unable to come inside at our new house, we are worrying about them freezing to death. So if someone has a house or barn that they could go in and out of at their leisure, that would be ideal for them. They are great kitties! 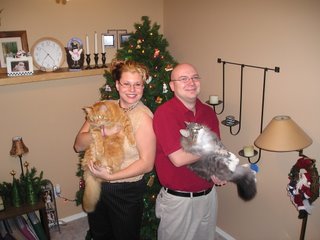 This is us last Christmas (Amy is holding Weazley and Gabe is holding HoJu - Homer Junior). 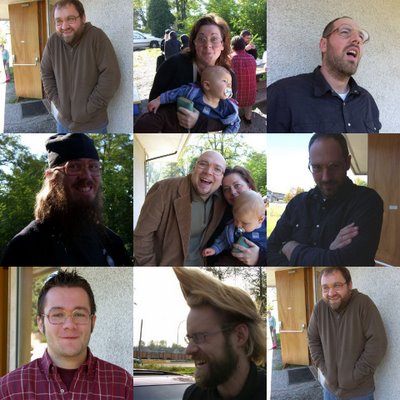 All is well at twenty weeks! 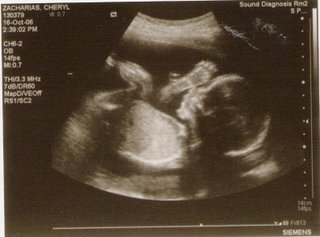 Just a little visual update on how our pregancy is going... Thanks to everyone for all your prayers!

And congratulations to Fr Justin and Mat. Sarah on the baptism of their exquisite little Jensina, and love to Rhiannon and Greg who must be roughly at the same stage as we are (perhaps a little farther along?)

With love and prayers to our St Herman's family, 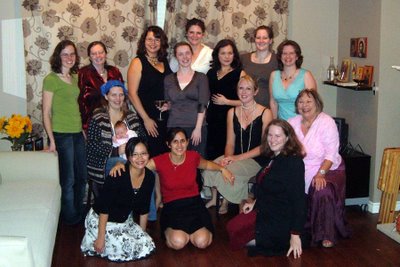 This photo is from the latest ladies get-together. It was a cocktail party at Amy's house celebrating her birthday and Muryn's birthday. I feel weird speaking in the third person.

So, when is the next get-together ladies? Do we have to wait until Christmastime? When can we get together in November?
Posted by Amy at 3:36 PM 6 comments:

The first public Annual General Meeting of the BC Deanery (OCA) will be held on Saturday, October 28th, from 10am to 3pm at Holy Resurrection Orthodox Church, 75 E 43rd Avenue, Vancouver (in BC, of course!). Full details can be found in the poster below (click on the image to download a full-sized PDF version of the poster), redistribution of which is encouraged!

(...click the photo to see the whole event on flikr)
Posted by Victoria at 8:14 PM 4 comments:

Someone we know celebrates their birthday today. But I promised I would not say who. So, here is a clue... this is the birthday person's patron saint: 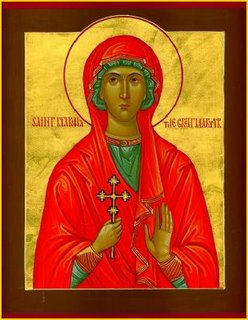 The Holy Great Martyr Marina was born in Asia Minor, in the city of Antioch of Pisidia (southern Asia Minor), into the family of a pagan priest. In infancy she lost her mother, and her father gave her into the care of a nursemaid, who raised Marina in the Orthodox Faith. Upon learning that his daughter had become a Christian, the father angrily disowned her. During the time of the persecution against Christians under the emperor Diocletian (284-305), when she was fifteen years old, St Marina was arrested and locked up in prison. With firm trust in the will of God and His help, the young prisoner prepared for her impending fate.

The governor Olymbrios, charmed with the beautiful girl, tried to persuade her to renounce the Christian Faith and become his wife. But the saint, unswayed, refused his offers. The vexed governor gave the holy martyr over to torture. Having beaten her fiercely, they fastened the saint with nails to a board and tore at her body with tridents. The governor himself, unable to bear the horror of these tortures, hid his face in his hands. But the holy martyr remained unyielding. Thrown for the night into prison, she was granted heavenly aid and healed of her wounds. They stripped her and tied her to a tree, then burned the martyr with fire. Barely alive, the martyr prayed: "Lord, You have granted me to go through fire for Your Name, grant me also to go through the water of holy Baptism."

Hearing the word "water", the governor gave orders to drown the saint in a large cauldron. The martyr besought the Lord that this manner of execution should become for her holy Baptism. When they plunged her into the water, there suddenly shone a light, and a snow-white dove came down from Heaven, bearing in its beak a golden crown. The fetters put upon St Marina came apart by themselves. The martyr stood up in the fount of Baptism glorifying the Holy Trinity, Father, Son, and Holy Spirit. St Marina emerged from the fount completely healed, without any trace of burns. Amazed at this miracle, the people glorified the True God, and many came to believe. This brought the governor into a rage, and he gave orders to kill anyone who might confess the Name of Christ. 15,000 Christians perished there, and the holy Martyr Marina was beheaded. The sufferings of the Great Martyr Marina were described by an eyewitness of the event, named Theotimos.

Up until the taking of Constantinople by Western crusaders in the year 1204, the relics of the Great Martyr Marina were in the Panteponteia monastery. According to other sources, they were located in Antioch until the year 908 and from there transferred to Italy. Now they are in Athens, in a church dedicated to the holy Virgin Martyr. Her venerable hand was transferred to Mount Athos, to the Batopedi monastery.

Happy birthday special seret person whom I love! God grant you many years!